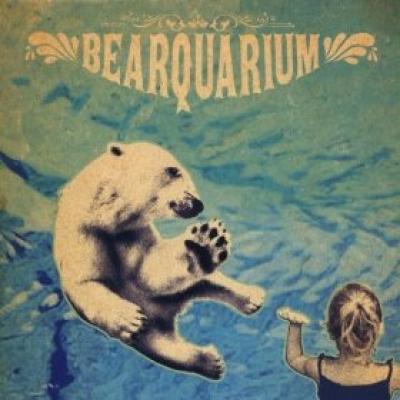 Bearquarium administers a warm dosage of whiskey-soaked baritone and energetic horns with this latest release.
Bearquarium, an eight member band from Burlington, Vermont, offers an intriguing mixture with the tracks of their self-titled debut release (2009).  With a sound that easily bridges various gaps and divides, the members of Bearquarium present 8 tracks in this release that venture from funk to jam to rock.  A no-nonsense rhythm section lays down taut, measured grooves, while brass instrumentation highlights and accentuates the tracks on this album with bravado and enthusiasm.  These textures mesh well with Justin Panigutti's voice, which sounds cut from the guts of Warren Haynes.  Joining Panigutti in the band are Tyler Mast (keys), Dave Purcell (trumpet), and Gordon Clark (trombone).  The octet is completed by Josh Weinstein (bass), Colin Lenox (guitar), Corey Wilhelm (drums and percussion), and Daiki Hirano (percussion and glockenspiel).  The arrangements on this album are characterized by a full, brassy sound and excellent vocals.  This album should prove to be a discovery to fans in the world of Southern "jam."

The album begins with the cool, smoky blues of "Slave Runner."  Lead vocalist Justin Panigutti, displays the voice of a howling blues man; a blues man demonized by whiskey bottles and wild women.  The track rollicks along, culminating in spirited keyboards and breezy horns to close the song.  "Up and Up" bounces along on the strength of horns, talkative guitar and a beat that reminds of calypso music, or island cruises.  The song ventures into atonal jazz progressions, spotlighted by horns and skittering guitar, to close the song.  "Funky Georgia" is personified by swanky horns and strong vocals, ultimately landing deep in the Mississippi Delta.  Panigutti's lonely harmonica wails to his friends in the horn section as the song ratchets towards its bluesy conclusion.  Lauren Dabkowski contributes guest vocals to "In the Afternoon," lending a relaxed, jazzy vibe to an album that has mostly demonstrated muscular bluster and braggadocio.

"Fat Cholula" signals its arrival with dazzling horn work, Panigutti's husky baritone, and solid contributions from the rhythm section.  The band falls back "into the pocket," offering a relaxed interlude spiced with horns.  "The Punch Within," a syncopated jazz workout, features excellent interplay between horns and the rhythm section.  The song morphs from feverish beginnings to a scant, reggae "roots" groove that is minimalist and appealing.  Glockenspiel accentuates the periphery of "Satori," invoking that sense of serenity that the name of the track suggests.  The album closes memorably with "Give It Back to You," featuring Panigutti's engaging vocals and the trademark horn play that has defined the album.  The song establishes a nice platform for Tyler Mast's deft finger work on the keys, and then yields way to an exciting Afro-Cuban groove, spiced with dripping guitar and bouncing horns.  This track closes the album with a memorable flourish, leaving the listener wanting more.

In reviewing the album as a whole, I was very impressed with "full" sound Bearquarium brings to the table.  Trumpet and trombone dovetail with guitar and organ, providing a nice foundation for Tyler Panigutti's stellar singing voice.  These tracks have "roots" in the realms of classic "jam," (Allman Brothers) and an "education" from the land of New Orleans funk (the Funky Meters).  The album is characterized by excellent lyrics, warm sound and production values, and a variety of moods.  Fans will be drawn to Panigutti's voice, as one might hear the ghosts and shadows of many fallen blues men in his voice.  The tracks on this album suggest that a "live" Bearquarium show would be memorable, and with that in mind, I'll be adding them to my roster and hoping to catch a live performance down here in the Southeast soon. 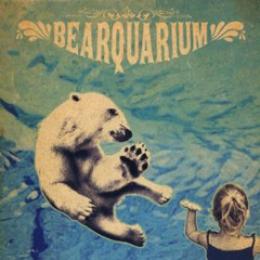