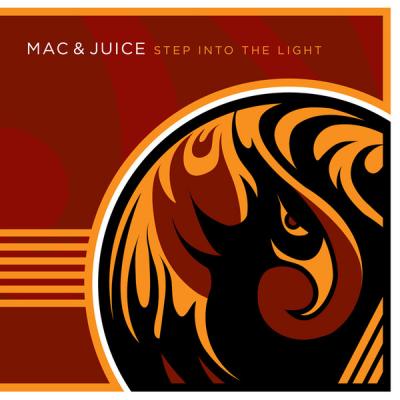 By highlighting sterling guitar and soulful lyrics against a backdrop of R&B, rock, and country, “Step Into the Light” offers alternating moments of introspection, fun, and hilarity in its 11 tracks.

Mac & Juice played their first formal gig as a duo on Election Day in 2000. After meeting as music students in the same program at East Carolina University (and jamming together when they should have been studying music history), Brian “Juice” Raynor and Mac Nelson developed a quick rapport. After releasing “Inside” in 2002, an acoustic duo album with eight tracks, Mac & Juice has maintained a constant schedule, playing whenever and wherever they got the chance. Over the last four years, they have averaged over 100 gigs a year and have added two new members, Leo Kishore and Seth Gaines, on bass and drums respectively. With musical influences that spanned a wide spectrum across the landscape, they have incorporated an inclusive view to the songs that they play. Raynor quipped in a recent interview, “our philosophy has always been, if we like it all, why not try to play it all.” Such a philosophy is definitely at play in the tracks of “Step Into the Light.” Some tracks gallop along with bluegrass sensibilities. Others are more introspective, sincere love songs, while several tracks incorporate rhythm, blues, and rock-n-roll for rollicking, enthusiastic flourishes. Throughout this, Raynor asserts, “the people in the audience HAVE to be able to see how much we genuinely love what we do. The energy we receive from the crowd pushes us to higher levels.” The release of “Step Into the Light” marks the recording debut of Mac & Juice as a quartet, and proves to be an auspicious debut indeed.

The album succeeds on many levels, incorporating joyful guitar and heart-felt lyrics into varying pastiches of musical expression. The album begins with the plaintive strains of “Today,” which details the trials and tribulations of lost love and a matter-of-fact sense of relief at leaving a less-than-fulfilling relationship behind. “I’m Going Home” erupts from the gates, offering skittering guitar and a sense of enthusiasm that will make even the most jaded tap their toes. “Piece of Mind” offers several wise perspectives and places them in humorous light: “Take your second-hand chances on truck stop romances; that’s okay, because a broken clock reads right two times a day.” “Countryside” depicts a similarly interesting story. A ride into the country changes into a poetic flight of the imagination as an “apparition” takes our hero to a place “where there was no electricity, but we were filled by the light of the moon.” Raynor’s evocative lyrics are on point here, punctuated by crystalline guitar, and a vivid sense of poetic imagery that is beautiful and disarming in this wistful track.

“Willie Nelson Song” describes whiskey-ridden memories of songs played on tape decks and failed attempts at love. This proves to be one of the more pensive tracks on the album as it explores the regret that comes from failed attempts at love. However, any hard feelings are washed away in gorgeous guitar and the wisdom that life will actually be better after having learned such lessons. “She (Don’t Wanna Be)” offers a mixture of introspective, syncopated guitar, and Raynor’s evocative lyrics. This varied track changes dimensions and tone frequently, prompting one to revel and sing along. “Johnny Gene” displays a boisterous spirit and hilarious narrative, with the trademark guitar flourishes that are prominent throughout the album. The album closes with the layered complexity of “Phoenix,” spotlighting symphonic guitar against lyrics of redemption and rebirth. This song exhibits dramatic, theatrical qualities and closes the album in fertile ground.

The album is full of redemptive, beautiful moments for those who appreciate virtuosic guitar and emotionally evocative lyrics. The album’s lyrics feature both a self-celebrating and self-deprecating wisdom that comes from living life on its own terms, filled with alternating moments of despair and joy. These sorts of perspectives are prevalent throughout Raynor’s work. Raynor’s songwriting exhibits a love for living with the sort of hard-earned wisdom that comes from sometimes failing in those very same endeavors. After all, these moments makes us mortal and beautiful, all at the same time. Such is the “stuff of Life,” and these perspectives are wonderfully captured in the 11-tracks of “Step Into the Light.” 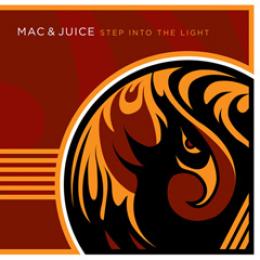 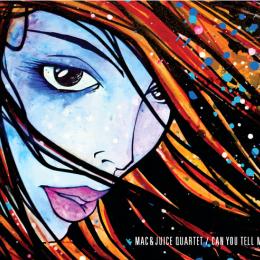