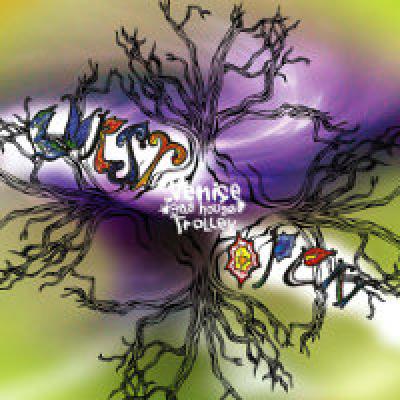 Venice Gas House Trolley hails from Madison, Wisconsin and provides an interesting, unique contribution to the Homegrown Music Network's list of artists.  With a sound that fuses elements of beat poetry with free form improvisation, the band markets itself as "Cerebral Groovalicious Existential Sacred Fusion Rock."  Although such a label doesn't necessarily roll off the tongue, it does provide a telling glimpse into the art-rock leanings of the band.  The band features Adam Gregory Pergament (aka "Flowpoetry") on vocals, Tim Peeters on bass, Josh Pultorak on drums, and Nikk Cramer on guitar.  The group fuses Flowpoetry's unique vocal style against a backdrop of funk, jam, and art-rock.  The thirteen tracks of "Burst Open" are decidedly original, and present a fresh take on the music of the "jam scene" today.

"Holy Man," the first track on "Burst Open," features interesting stream-of-consciousness lyrics, and excellent, syncopated guitar.  "Busted and Wasted" invokes the spirit of "Apostrophe" era Mothers of Invention, and one might think Zappa has returned from the grave to deliver the lyrics to this song.  "Laying Low" invokes the spirit of the Caribbean and closes with nice flashes of percussion, while the title track combines elements of funk with Flowpoetry's words and recitations.  Wailing guitar and pounding drums provide the backdrop for "Bomb Drop," which strikes a chaotic, frantic anti-war stance.  After the frenetic intensity of the previous track, "A Moment Blessed" strikes a particularly quiet, pastoral pose in comparison.

For all the heavy hitting political messages that seem evident in the first half of this album, "I Tasted the Grapes" disarms with its simplicity and elegant guitar.  If "elegance" was a trait of the previous track, "Shakin' Her Hips" is imbued with power chords, crunchy guitar, and excellent percussion.  "Dawn's Lace" proves to be one of the more expansive tracks on the album.  After a somewhat placid introduction, the track becomes a noisy overture defined by feedback.  The track reforms and saunters to its conclusion.   "Sugar Kane" proves to be one of my favorite tracks on the album, with KC McCrum offering some nice riffs to punctuate the song.  "The Lonesome Ride Home From the Gold" features noisy peaks and serene valleys as it ventures across several musical terrains.  The album closes with "The Ticking of the Earth," which features flashes of stylish, bouncy guitar and Flowpoetry's characteristic vocal musings.

In my two years of working with the Homegrown Music Network, I have reviewed close to 50 different albums of varying range and styles.  In those two years, I have never reviewed an album quite like "Burst Open."  So, to call this album "original," only begins the discussion.  The tracks on this album show flashes of "jam rock" sensibility and fuse those flashes with an "art rock" mentality, for lack of a better term.  The tracks on this album fuse elements of beat poetry with other musical styles to make a truly exotic, one-of-a-kind album. 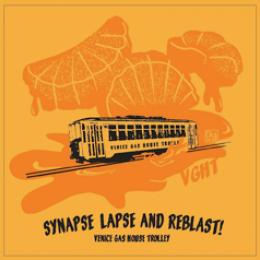 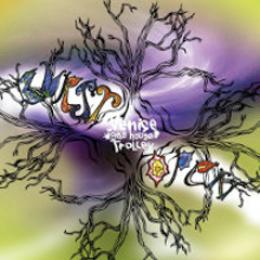