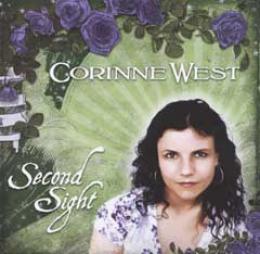 Corinne West has a rare gift. She sings as eloquently and powerfully as she writes. Her new album, Second Sight, showcases a singer and songwriter hitting her creative stride. She recorded the album with producer Mike Marshall, known for his work with David Grisman, Mark O'Connor, Bela Fleck, and Edgar Meyer. West's collaboration with an outside producer (she self-produced her critically acclaimed debut, Bound for the Living) kicked open the creative floodgates.

"Mike was brilliant and easy to work with," says Corinne. "He was so focused on making sure we served the songs well. It took the recording process to a whole new level." That included bringing in the world-class talent of Jerry Douglas, Darol Anger and Tony Furtado to join Marshall in fleshing out West's potent songs. The secret weapon turned out to be West's incredibly emotive voice. It leaves an indelible stamp on the heart as it twines through her subtle yet sophisticated songs. Few songwriters deliver both the artistic integrity and popular commercial appeal that are hallmarks of West's music. It's a one-two punch that solidified her reputation as one of the most successful songwriters to emerge on the Americana scene in the past few years.

Corinne has toured relentlessly, building her reputation the most authentic way -- one fan at a time. On her travels, she's also won such top honors as finalist in the prestigious Kerrville Folk Festival songwriting contest. That launched her onto the national festival circuit and helped kick her touring schedule into overdrive, including a tour of England and Ireland in early 2007. Her overseas tour became possible when BBC legend Bob Harris began featuring her on his radio show. Fans across the ocean fell in love with West's eclectic mix of folk, rock, bluegrass and Americana. The tour was so successful that she headed back for a return engagement in early 2008.

The emotional power, raw soulfulness, and understated beauty of Corinne West's music has her on the brink of stardom. It's a rare gift to witness the birth of an important new creative force in American music, but that's what you'll discover with Second Sight. It's essential listening for anyone who keeps an finger on the pulse of great music. 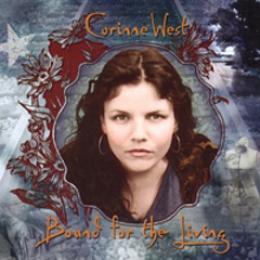 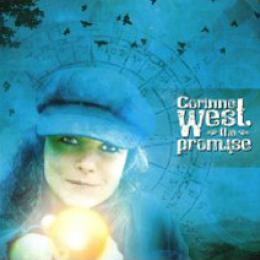