The Stairwell Sisters - Feet All Over the Floor CD 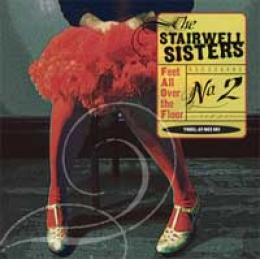 $11.00
San Francisco1s all-gal urban old-time teardown, THE STAIRWELL SISTERS, are cresting the new wave of West Coast traditional music. With a deep and rowdy repertoire of timeless tunes plus a solid standing of smart, original material that is winning praise, The Stairwell Sisters lay down 3vocal prowess with skilled multi-instrumental chops and a hellbent-for-leather attitude2 (Old Time Herald). Since 2000, these five gals have been touring the Western States, honing their dynamic show. They are fresh from appearances at Lincoln Center in New York City, and the enormous Hardly Strictly Bluegrass Festival in San Francisco, featuring the who1s who in Americana music.

DIRTY LINEN: "No fake-bravado flash, no glitz...just the real thing. The San Francisco area STAIRWELL SISTERS mesh together in a way that makes the "Sisters" half of its name absolutely appropriate. Fast, well-picked, played-from-the-heart offerings abound."

BLUEGRASS UNLIMITED: "The Stairwell Sisters' latest release is reflective of their ever-expanding artistry and reputation...'Feet All Over the Floor' is old-time music at its finest and establishes The Stairwell Sisters as significant interpreters of traditional American music."
DALLAS OBSERVER: "Five women who attack string instruments with a veracity that rivals some of rock's most venerated fret-burners...played with a gospel spirit and an expressive playfulness...rarely have songs taken from the public domain sounded so modern and vital. 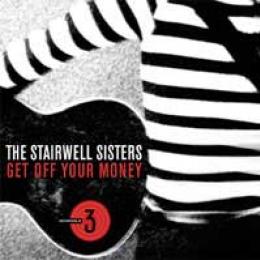 The Stairwell Sisters - Get Off Your Money CD
$12.00
Add to cart