On the Road: A Tribute to John Hartford (2LP) 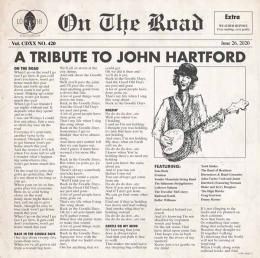 Fruition - "Back In The Goodle Days"

The Infamous String Dusters - "Gentle On My Mind"

The Travelin' McCourys - "No End Of Love"

Todd Snider - "I Wish I Had Our Time Again"

Danny Barnes - "On The Road"

John Hartford is one of those unique American creations whose life could have been born from the pen of Mark Twain. Like Twain, Hartford grew up along the banks of the Mississippi River, where in his youth he worked on a steamboat, a passion that would have become a career, he said, had the imprint of the roustabout minstrel within been any less strong.

Like the great American river, Hartford's music traverses vast terrain: he was a masterly country-folk songwriter, a brilliant interpreter of old-time and early bluegrass, a progenitor of newgrass, and a dynamic live performer whose sense of exuberance and whimsy influenced scores of musicians across generations. Vince Herman of Leftover Salmon recalls Hartford's onstage power, saying, "I've never seen a performer so absolutely capture a crowd. He was the complete package ... and there will never be another like him."

Hartford's late-'60s, country-folk-pop masterpiece, "Gentle On My Mind," made popular by his friend and frequent collaborator Glen Campbell, is regarded as a standard in the Great American Songbook. In 1971 Hartford pioneered a new sound with the album Aereo-plane, a solo project that found the musical visionary connecting the hippies with the hillbillies, and stretching the boundaries of traditional folk and bluegrass into more "herb-friendly" zones. "Without the album Aereo-plane, there would be no newgrass music," says Sam Bush, the revered mandolinist who popularized the genre with his band New Grass Revival.

LoHi Records will honor Hartford's legacy this summer with On The Road: A Tribute To John Hartford. All proceeds from the project will benefit MusiCares, an outfit run by The Grammy Foundation that offers critical assistance to musicians in times of crisis and need. Their work is crucial, for the economic realities of being a musician have never been more dire. All of the artists on this album understand the pressures of not only surviving, but creating art in a deteriorating financial landscape. Sadly, the past year witnessed several well-known musicians succumbing to deaths of despair and this album serves as a rallying cry in the face of those tragedies. Resources do exist and it is hoped that this album can shine more light on those that can help. Now with the arrival of Covid-19 erasing all live performance, a further reduction in artists' incomes is inevitable and resources like MusiCares have become even more essential. "This is going to call on our better angels to come out during this time," says Vince Herman. "I hope we all are feeling that we're all in the same boat, and we either sink or swim together."

The music of Hartford, who died in 2001 after a long battle with non-Hodgkin's lymphoma, courses through myriad styles of American music, so it's fitting the album features 14 reworkings of Hartford originals from some of the preeminent artists in the worlds of Americana, folk, country traditional bluegrass and jamgrass. "This album is an homage to all these hardworking musicians who are out on the road making their living," says Chad Staehly, one of LoHi's founders, who is also keyboard player for Great American Taxi and Hard Working Americans.

The album opens with Sam Bush's rendition of title track "On The Road," a song Bush performed live with Hartford as far back as 1977. As a kid growing up in Bowling Green, Kentucky, Bush first heard Hartford on CBS's Smothers Brothers Comedy Hour and later on The Glen Campbell Goodtime Hour, and he'd record some of those television performances straight from the tube into a cassette player, he says. On trips to Nashville with his dad, Bush would gobble up copies of Hartford albums at Ernest Tubb's Record Shop. Years later, he would go on to collaborate with Hartford on numerous occasions. He looks back fondly on picking parties at Hartford's residence in Nashville that, he says, would last four or five days at a time. "I never met anyone who liked to jam as much as John," Bush says. And coming from the mouth of Sam Bush, that's saying something.

On The Road was recorded in studios across the country, and yet, it sounds amazingly cohesive. Hartford's music had a deep spiritual center, to be sure, and it's that core that shines through in each of the album's cuts. And while no tribute album could explore every nook and cranny of Hartford's extensive catalog, this album hits some of the high points of a career that spans more than three decades. Railroad Earth offers an affecting version of "Delta Queen Waltz," one of several paeans to the steamboat life written by Hartford in his lifetime. John Carter Cash and Jerry Douglas perform one of his better known and well-covered tunes, "In Tall Buildings," a song about bidding adieu to the pastoral life and going to work for the man. The Infamous Stringdusters contribute a soulful reading of "Gentle On My Mind," while Americana folkie Todd Snider serves up a stripped-down version of "I Wish We Had Our Time Again." Keller Williams, the pan-genre wunderkind, teams up with the Travelin' McCourys for the zany "Granny Woncha Smoke Some Marijuana," a cut from Hartford's mid-'70s pushing-the-envelope period when he was recording on an independent label. Williams, a wild and chameleonic performer in his own right, is certainly an heir to Hartford's solo performance tradition. Longtime Hartford enthusiasts Leftover Salmon funk it up with "The Category Stomp," one of Hartford's earlier songs from the late '60s, and one whose lyrics speak to the man's musical manifesto ("It's a folk-country-disco-tech-soft-rock-contemporary-abstract-expressionism-word-movie-flower-power-hard-ragging-neo-bluegrass-stoned-billy-dirty-boogie-freak-down-coming-on-jellybean-psychedelic stomp"). "I just love that stuff," says Vince Herman. "It's old-timey rap, I guess, and the chance to put a kind of funky thing on it seemed like a good idea. I think John would approve of the direction we took on it."

The lyrics to "On The Road" encapsulate what the album is about. "Everyday it's your turn, another verse to be earned/ it's a road, no big turn/ won't get home much this year." The album closes with an additional version of the title track, this one by banjo whiz Danny Barnes in solo guise. It's a full-circle moment that captures the spirit of Hartford's life and music, and in a very real sense, all of American music, that great unbroken circle that connects one and all forever. Long live John Hartford. 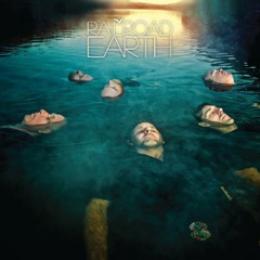 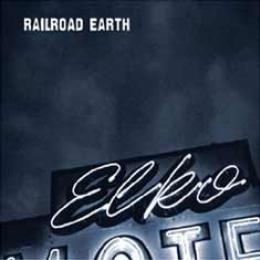 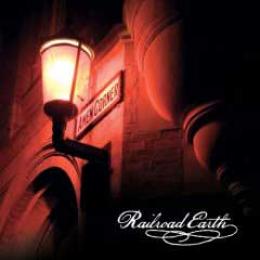 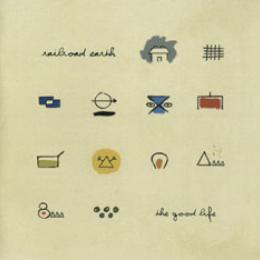