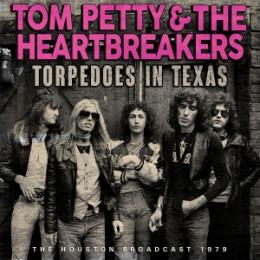 Tom Petty & The Heartbreakers had weathered some tough times prior to the release of their 1979 breakthrough album, Damn The Torpedoes, and the tour that promoted it. The band's record company, Shelter Records, had been absorbed into MCA, and Petty was determined to get out of the contract. While he fought it to the point where he eventually was forced to declare bankruptcy, he and MCA eventually settled, and Tom Petty & the Heartbreakers saw their greatest success on the label.

'Shadow of a Doubt,' 'Anything That's Rock 'n' Roll,' and 'Fooled Again' start the gig at the right pace. By the time they launch into FM classic 'Here Comes My Girl,' the audience is more than ready to rock. A steady stream of hits and solid FM material follows, and includes 'Even The Losers,' 'The Wild One, Forever,' 'I Need To Know,' 'Don't Do Me Like That,' 'Refugee,' and the poignant 'Listen To Her Heart.' 'American Girl,' which Petty wrote for Byrds front man Roger McGuinn before having a hit with it himself, is a highlight. The same can be said for the band's funky and dramatic version of 'Breakdown,' which has been a core hit in Petty's live shows since day one. 'Too Much Ain't Enough' is followed by a rousing remake of the 1965 Dave Clark 5 hit 'Any Way You Want It,' as well as a tight version of 'I Fought The Law' - originally released by one-hit-wonders The Bobby Fuller Four in 1966 and, concurrent with this performance, a feature too of UK punks The Clash's live shows. A final encore of 'Route 66' closes proceedings for Petty, bassist Ron Blair, guitarist and BV-ist Mike Campbell and drummer Stan Lynch, and following this spirited performance and quite dynamic show, those in attendance and the thousands listening in at home to the simulcast FM Broadcast were surely in a state of near euphoria. Thankfully, with the recording here released on CD for the first time some 35 years hence, the rest of us now have the opportunity to second that emotion.

Shadow Of A Doubt (A Complex Kid)
Anything That's Rock 'N' Roll
Fooled Again (I Don't Like It)
Here Comes My Girl
Even The Losers
The Wild One, Forever
I Need To Know
Don't Do Me Like That
Cry To MeRefugee
Listen To Her Heart
American Girl
Breakdown
Too Much Ain't Enough
Any Way You Want It
I Fought The Law
Strangered In The Night
Route 66